After sweeping across the Midwest and bring extremely low temperatures, Winter Storm Inga has made its way to the East Coast, bringing snow and icy weather from Florida to Maine. Today will hopefully be the worst of the bad weather, but the storm has already had an impact on fuel supply. 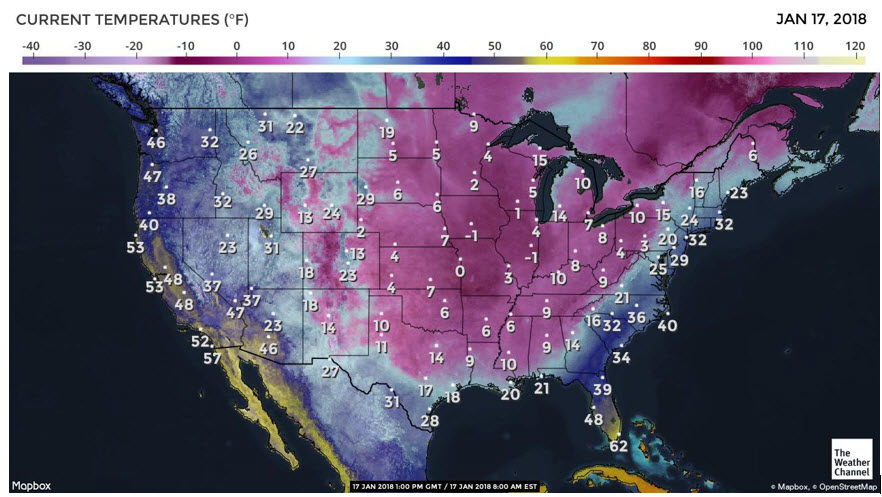 Subject to deep freeze conditions yesterday, some Houston refineries chose to reduce or cease operations in response to freezing weather. Gulf Coast refineries are less familiar with deep freezes than northern oil companies. The risk of power outages, frozen pipes, or equipment strain led some southern refineries to take extra precautions to protect equipment. So far, those refinery outages have not caused a significant change in fuel prices.

As you order fuel this January, keep in mind the fuel quality concerns we noted during Winter Storm Grayson. Given variability in crude feed stocks, some diesel fuel has been more waxy than normal and could have a higher than desirable cloud point. These conditions, combined with extremely cold weather conditions, could potentially lead to fuel gelling at temperatures as high as 15° F.

Winter operability concerns vary widely by geography, so contact your customer service representative or click below to learn whether your operations may be impacted.