Have an article worth sharing? Send it to FUELSNews@mansfieldoil.com, and we’ll share it next week in our Weekly Summary segment. 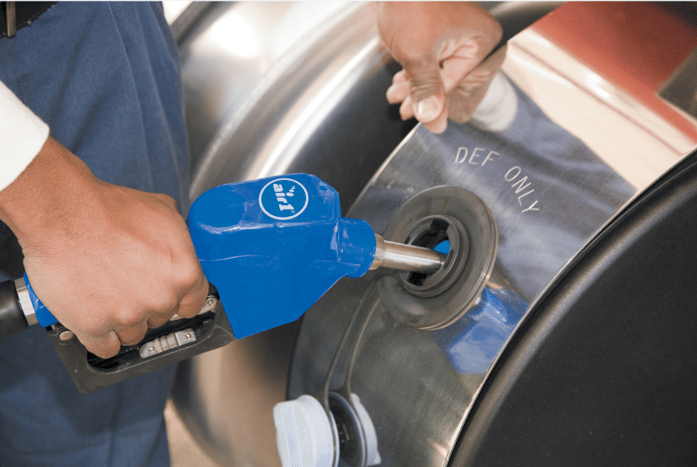 The diesel exhaust fluid market is expected to grow significantly over the next five years, growing from a valuation of $10.2 billion to $14.4 billion in 2022. Growth will be driven by growth in European and North American markets. Despite being the least economical option, bottles are expected to maintain a large marketshare, indicating the many fleets are leaving large savings opportunities untapped. Click Here to read more from SATPRNEWS, and click here to learn how to reduce your DEF costs.

The Keystone Oil Pipeline, which brings oil from Canada down to Oklahoma and Chicago, spilled last week, just days before Nebraska was set to vote on an expansion to the pipeline known as Keystone XL. Roughly 210,000 gallons of crude oil were spilled in South Dakota. Since Keystone XL already has an environmental permit, Nebraska regulators cannot consider the environmental impacts of the spill; they can only vote against the new pipeline if it goes against public safety and well-being. Click Here to read more from Reuters.

Energy Secretary Rick Perry said in a speech last week that abundant oil and gas in the U.S. are driving factors behind efforts to renegotiate the North American Free Trade Agreement (NAFTA). “Fifteen years ago, they told us we found all the oil and gas there was to find,” going on to say, “Well, that’s not the case.” Perry believes renegotiation efforts will be successful and will benefit all parties. Click Here to read more from the Houston Chronicle.

Drilling for oil in Alaska’s National Wildlife Refuge (ANWR) has been a controversial issue for decades, but it appears the measure may be one step closer to passing. A billing to allow ANWR production narrowly passed the Senate Energy and Natural Resources Committee. Proponents say that more production could increase revenues for the U.S. and make the U.S. an “energy dominant” country, while opponents argue that ANWR is the most pristine nature reserve in the U.S. and should remain protected. Click Here to read more from the Denver Post.

Venezuela has struggled this year with declining oil production, on average losing 20 kbpd each month. As oil production has fallen in Venezuela, other producers such as Iraq, Brazil, and Canada have all rushed in to fill the void, taking market share in the U.S. and other major consuming countries such as India and China. Venezuela is a signatory of the OPEC/Non-OPEC cuts, but OPEC prefers not to allow declining production in Venezuela to be made up by other members. Adjusting quotas could cause a rift in the deal, so OPEC has opted to let non-OPEC producers take the majority of the market. Click Here to read more from Hurriyet Daily News.