NewsOK reported: Plunging temperatures over the past few weeks have led Americans throughout the country to crank up the thermostat and burn billions of cubic feet of natural gas. As a result, natural gas has been pumped from storage and transported throughout the country to meet surging demand. For the first week of the year, the country shattered the previous record for natural gas consumption, withdrawing 359 billion cubic feet of natural gas from storage to meet surging demand, the U.S. Energy Information Administration said. The withdrawal smashed the previous weekly record of 288 billion cubic feet set four years ago. The record natural gas demand sent spot prices for immediate delivery soaring, but had relatively little effect on medium- or long-term prices. Spot prices in Oklahoma and Louisiana surged to $6 or $7 per thousand cubic feet on the coldest days, but those prices jumped to as much as $175 in New York. While demand was surging, production slowed a bit as some wells and gathering pipelines froze in the Pennsylvania and Ohio areas. For more on this story visit newsok.com or click http://bit.ly/2EPNHzg

West Dakota Fox reported: North Dakota may have a gas issue. Production of natural gas set a record in November, but producers are just barely making the cut when it comes to gas capture. The state produced almost 2.1 billion cubic feet of natural gas, but conflicts with the federal government may cause North Dakota to miss their goals. Natural gas was a hidden jewel form the oil boom. But issues with flaring may cause big problems for oil producers. The state wide requirement for gas capture is 85 percent. Overall the state is 86 percent, but certain sectors aren't making the cut. The problem is the state doesn't have the power to regulate what goes on in the boundaries of the reservation. For more on this story visit kfyrtv.com or click http://bit.ly/2EQnH6T 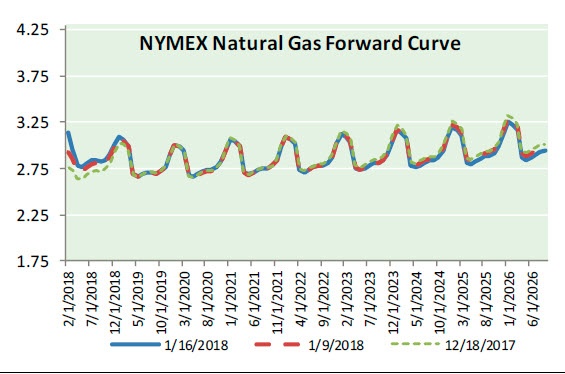 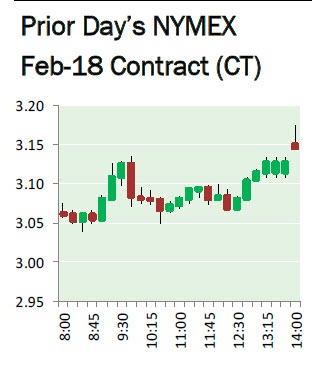