Note: Due to a change in ICE’s policy regarding the distribution of data, starting November 1st, the Mansfield Natural Gas Newsletter will no longer provide the Physical Spot Natural Gas Price map typically found on page (2) two.  We apologize for any inconvenience that this may cause. The Spot Price map will be the only aspect of the NGN that will change and our commitment to serve accurate and relevant Natural Gas News will continue. Please do not hesitate to reach out to us at info@mansfieldoil.com with any questions.

Financial Post reported: CALGARY – Natural gas producers in Alberta are frustrated with TransCanada Corp. for changing the way it operates its gas pipeline network with little notice, which has led to massive commodity price swings. “TransCanada had an industry meeting back in August where they told industry they were changing their priorities,” Peyto Exploration and Development Corp. president and CEO Darren Gee told the Financial Post. Under its new set of priorities, TransCanada gave producers who have firm-service contracts on its natural gas pipelines priority over shippers that use the service intermittently. The uninterrupted, 100 per cent service benefit to fixedservice shippers means at times of maintenance or outages, TransCanada would entirely cut service to shippers with interruptible contracts on its natural gas gathering and transmission network. For more visit business.financialpost.com or click http://bit.ly/2h2uFPE

Japan’s relationship with the energy sector is, at best, complicated. Having virtually no oil, coal or natural gas to fire its power plants, Japan was forced to import over 90% of its energy in 2014. It is the world’s third largest importer of oil and coal, and the number one importer of liquefied natural gas. They are pioneering a new technology that could reshape the global energy industry. Even better, a technology that revolves around a resource which Japan has in abundance buried under the ocean. Worldwide there are up to 2,800 trillion cubic meters of methanebearing gas hydrates — a frozen mixture of water and natural methane — according to the United States Energy Information Administration. Possibly the planet’s last great source of carbonbased fuel, gas hydrates are thought to contain more energy than all the world’s other fossil fuels combined. or more visit wqad.com or click http://bit.ly/2A4V2JA 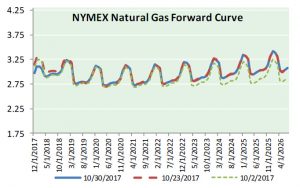 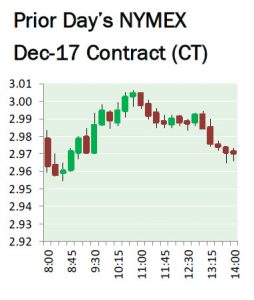