The Atlanta Journal Constitution reports: A federal appeals court on Tuesday ordered a second environmental review of a network of natural gas pipelines being built across Alabama, Florida and Georgia, saying federal regulators had not included enough information about potential greenhouse gas emissions that will result from burning the gas the pipelines will carry. The $3 billion project is already operational after being authorized by the Federal Energy Regulatory Commission in February 2016. It is anchored by the nearly 500-mile Sabal Trail Pipeline, which cuts across southwest Georgia on its way from Alabama to Osceola County, Florida, just south of Orlando. In a 2-1 ruling, a three-judge panel of the U.S. Court of Appeals for the District of Columbia ordered a new environmental review of the project but said the commission had otherwise acted properly. For more visit ajc.com or click the following link http://on-ajc.com/2vccf0M

The Times of India reports: U.S. natural gas futures edged lower on Tuesday on forecasts for cooler weather over the next two weeks, seen as limiting demand from the power sector. According to a U.S. weather model, temperatures were expected to be cooler than normal until early September. That was seen as bringing down air-conditioning demand. Analysts have said utilities probably would stockpile just 1.7 trillion cubic feet of gas during the April-October injection season. Relatively low output, rising sales abroad and higher-than-average cooling demand earlier this summer are limiting the quantities of gas going into storage. For more on this story visit timesofindia.com or click the following link http://bit.ly/2ww4g34 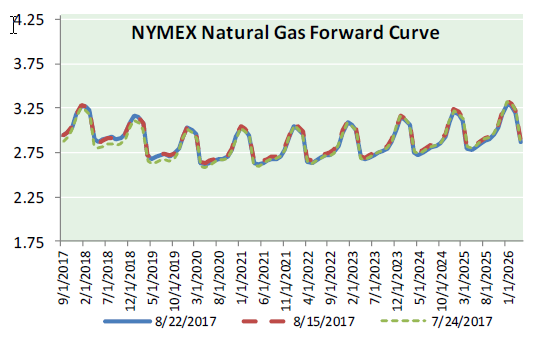 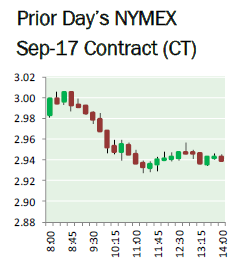