In August, monthly U.S. imports of crude oil coming into the Midwest (Petroleum Administrative Defense District (PADD) 2) exceeded imports of crude oil into the Gulf Coast (PADD 3) for the first time since the U.S. Energy Information Administration began keeping records in 1981. Although Hurricane Harvey disrupting Gulf Coast port operations and temporarily limiting imports was a primary factor in this reversal, which continued in September, other long-term trends contributed as well. Specifically, imports of crude oil into the Gulf Coast have been decreasing over the past 10 years, and imports into the Midwest have been increasing over the same period. These long-term trends narrowed the difference in imports between the two regions and contributed to the reversal in the historical relationship after Hurricane Harvey (Figure 1). 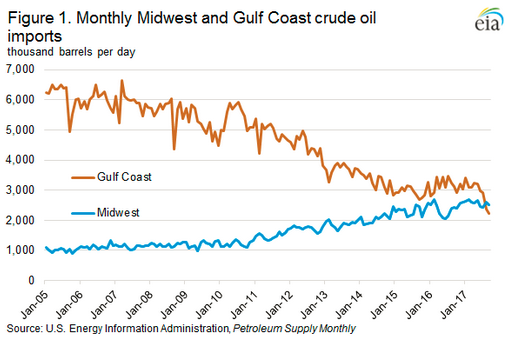 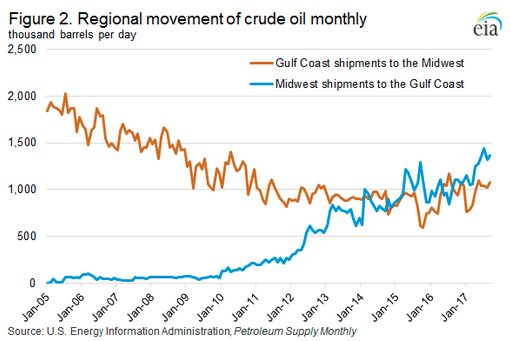 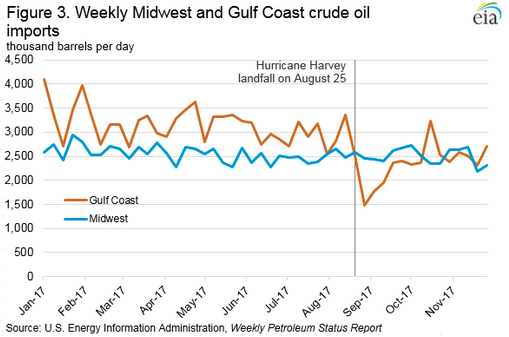