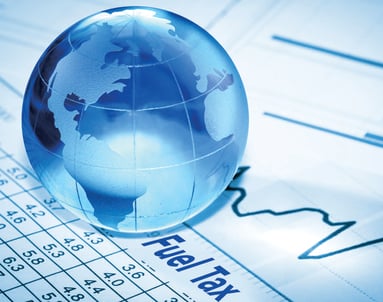 The tax hikes were passed in April as part of a $52 billion plan to repair the state’s transportation infrastructure, and were the first fuel tax hike in decades. In addition to the direct fuel tax, the bill imposes fees in other areas, such as higher vehicle registration fees and a $100 annual fee charged to owners of electric vehicles, who do not pay fuel taxes.

One confusing portion of the bill imposes the new fuel tax on diesel fuel being held in storage quantities over 1,000 gallons. For example, distributors holding fuel for resell, retail/truck stop tanks, and consignment tanks would all be examples of sites being charged the additional tax. At first, many thought this was an additional tax; however, according to Mansfield’s Sr. Tax Manager Linda Jazowski, “The storage fee is not a new tax.” She went on to explain that those holding inventory for resell “will pay the difference in the old tax rate and the new tax rate” for product in storage, since they’ve already paid the current 16-cent excise tax on the fuel they’re holding.

California already has some of the highest fuel prices in the country, thanks to strict refining standards set by the California Air Resources Board (CARB) that increase the cost of refining. While the state was not previously on the top five highest gasoline or diesel tax lists, the increase will propel California to the second highest in the country, behind Pennsylvania.

[quote align="center" color="#999999"]The increase will propel California to the second highest fuel taxes in the country, behind Pennsylvania.[/quote]

Proceeds from the bill will go towards improving transportation infrastructure in the state, predominantly highways and bridges. The bill establishes that 98% of highways will be in good or fair condition by 2027, and at least 500 bridges will be repaired. According to the Los Angeles Area Chamber of Commerce, every dollar spent on roads, highways, and bridge repairs saves $5.20 for consumers in lower car repair costs, better fuel economy, and reduced accidents.

California’s fuel taxes may be high, but compared to America’s international peers, California remains quite the steal. Click Here to read our analysis from earlier this year on fuel taxes in the U.S., how they’ve changed, and how they compare to other countries around the world.

For specific questions on the fuel tax, feel free to reach out to the FUELSNews team at FUELSNews@mansfieldoil.com, or contact your Mansfield representative.